Home » Blog » What is a Payday Alternative Loan (PAL)?

What is a Payday Alternative Loan (PAL)?

PAL is a form of credit provided by several Federal Credit Unions (FCUs) to the members with minimum rates of interest and extended period of repayment spanning up to six months contrary to payday loans. The subsidized rates, together with the more extended periods of repayment save the borrowers from the risk of predatory lenders looking to benefit from their misgivings.

The loans are solely accessible from FCUs; however, some of them don’t provide such loans to their members. Every FCU has its ways to establish credit limits and also the corresponding loan interest rates.

The National Credit Union Administration (NCUA) manages PALs and initiated the program back in 2010. PALs should feature the following:

Qualifying for a PAL

A majority of the FCUs offering PAL does not make it mandatory for you to have an excellent credit score to get the loan; instead, they focus much on your salary and repaying capacity.

Not every FCU offers PALs, and as a matter of fact, a majority of them don’t provide funds. Statistically, in 2017 there was just one out of seven FCUs offering PALs. An ideal approach to determine whether a particular union avails such loans is to reach them by phone to inquire. Every person cannot enlist in all unions; however, there is always one for you. The unions do not focus on profit generation; they are instead associations run by the members in a particular group like workers for a specific company or members of a church within a certain locality among others.

FCU enrollment qualifications vary from one union to the other but are commonly determined by:

If you are a donor to a charitable association(s), it might be an added advantage.

The procedure to a union enrollment incorporates filling in a brief form of application and creation of either a savings or check account.

The formation of a credit union aims at empowering its associates financially. Hence, PALs were streamlined to enable the debtors to make timely repayments, at minimum rates of interests with no hidden or extra charges. The repayment details are forwarded to the respective credit agency to enhance your credit scoring. It is of significant difference in comparison to a typical payday loan that comes at a considerably higher cost. The payday loan creditors extort the debtors who cannot make timely repayments by rolling over the loans together with charging heavy penalties.

An ordinary cost for acquiring a bad credit payday loan of 100.00 dollars is 15.00 dollars. To calculate the cost in terms of APR, it would be a staggering 391%. Typically, you have 14 days to repay a payday loan fully. That is way too short as compared to a PAL where you have a maximum of six months.

Despite the fact that there are a lot of reliable information and real customer reviews about taking payday loans, some people still prefer to avoid this type of loan and do not consider cash PAL’s loans as the best way to get money. For such occasions, both federal and state credit unions decided to provide other kinds of loans that are also relevant and popular among all the US citizens.

But after all, turning to PAL loan and other payday alternative loans is not the best way to refrain from taking payday loans. First of all, you should accumulate your savings – this way, you will not need even to consider any type of personal loan for addressing your financial issues.

PALs are highly advantageous with regards to the lower rates and costs. However, being an FCU associate for not less than a month to qualify for the loan could be a significant setback. That way, you could be prompted to look for an easily accessible payday loan. 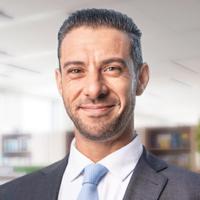 Mike Lefler shares his interest in a wide range of different subjects, including his love for finance-related writing. The passion for writing, related exceptional skills and his years of study, along with a Master’s Degree at Southwest Minnesota State University led him to become one of the brilliant authors in the massive finance arena and in the area of Financial Planning and Lending Industry.

At the same time, his ability to identify the main points of various aspects and intention to significantly contribute makes him a great team member and a valuable part of 1FirstCashAdvance.

What is a Payday Loan Rollover and How Does It Work?

Finding yourself in the situation when paying back a loan is impossible on the due date? Read about the payday loan rollover - one of the options in this case.

We highly recommend going through this checklist developed by our expert when choosing a payday loan lender. It will keep you out of additional fees and risks, allowing to get a safe and secure payday loan.

Find out what happens if you don't pay a loan back. Follow these pieces of advice to minimize the negative consequences of a payday loan default.